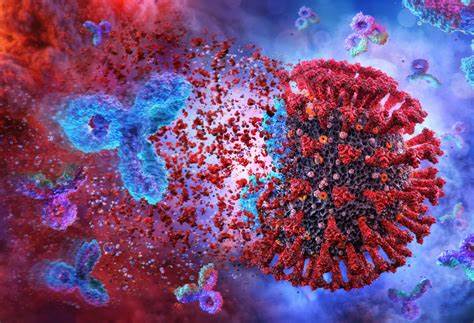 Recently it came to our attention from various supporters that there has been considerable misinformation circulating regarding aborted fetal material in vaccines, to the extent that some individuals have stated that there is NO, or very minimal, residual material in the vaccines themselves.

Unfortunately, the undisputable evidence which has been publicly exposed over the past 22 years is an UNDENIABLE science fact. So let’s begin with an explanation of the terminology used by the scientists, the CDC and FDA when describing the aborted fetal cell lines that are very much present in several vaccines and medicines.  Note:  Click here for the current list of aborted fetal vaccines and medicines

Residual DNA   Residual DNA (rDNA) is comprised of deoxyribonucleic acid (DNA) fragments and    longer length molecules originating from the host organism that may be present in samples from recombinant biological processes.   https://pubmed.ncbi.nlm.nih.gov/21956148/

Residual Components
Cell components, DNA and protein remains of an aborted fetus that are present in the vaccine or medicine. (Their presence is noted in the manufacturer package inserts described below.)

Fibroblast: the principal active cell of connective tissue. Fibroblasts are large, flat, elongated (spindle-shaped) cells possessing processes extending out from the ends of the cell body. The cell nucleus is flat and oval.    https://www.britannica.com/science/fibroblast

Human Diploid Cell line
“Diploid cell lines contain the full complement of genetic material, often retain many characteristics of the cell types from which they were derived, and normally cease to replicate in cell culture conditions after a limited number of generations.”   https://www.who.int/teams/health-product-policy-and-standards/standards-and-specifications/cell-substrates

The following information is taken directly from just some of the products’ package inserts and is generally found in Section 11, under “Description”.  Parents are typically not given the inserts so they would have no idea what they contain unless they specifically ask for them.

ZOSTAVAX is a lyophilized preparation of the Oka/Merck strain of live, attenuated varicella-zoster virus (VZV). ZOSTAVAX, when reconstituted as directed, is a sterile suspension for subcutaneous administration. Each 0.65-mL dose contains a minimum of 19,400 PFU (plaque-forming units) of  Oka/Merck strain of VZV when reconstituted and stored at room temperature for up to 30 minutes.

Here we see two significant terms in the composition of the Rubella portion of the MMR vaccine.  The first is the virus itself – RA 27/3.  To explain what that means:  R=Rubella, A=Abortus, 27=the 27th abortion involved and 3=the 3rd tissue explanted from the baby that contained the live virus.  The next term WI-38, stands for Wistar Institute, specimen number 38, lung tissue from an electively aborted 3-months gestation female in the Netherlands.

VARIVAX [Varicella Virus Vaccine Live] is a preparation of the Oka/Merck strain of live, attenuated varicella virus. The virus was initially obtained from a child with wild-type varicella, then introduced into human embryonic lung cell cultures, adapted to and propagated in embryonic guinea pig cell cultures and finally propagated in human diploid cell cultures (WI-38). Further passage of the virus for varicella vaccine was performed at Merck Research Laboratories (MRL) in human diploid cell cultures (MRC-5) that were free of adventitious agents. This live, attenuated varicella vaccine is a lyophilized preparation containing sucrose, phosphate, glutamate, and processed gelatin as stabilizers… The product also contains residual components of MRC-5 cells including DNA and protein and trace quantities of sodium phosphate monobasic, EDTA, neomycin and fetal bovine serum. The product contains no preservative.

So what exactly are PER C6 cells?  Dr. Van derEb described this aborted fetal cell line in 2001 FDA hearings:

“So I isolated retina from a fetus, from a healthy fetus, as far as could be seen, of 18 weeks old. There was nothing special with a family history or the pregnancy was completely normal up to the 18 weeks, and it turned out to be a socially indicated abortus — abortus provocatus, and that was simply because the woman wanted to get rid of the fetus … what was written down was unknown father, and that was, in fact, the reason why the abortion was requested….PER C6 was made for pharmaceutical manufacturing of adenovirus vectors  And then pharmaceutical industry standards – I realize that this sounds a bit commercial, but PER.C6 were made for that particular purpose.
https://wayback.archive-it.org/7993/20170404095417/https:/www.fda.gov/ohrms/dockets/ac/01/transcripts/3750t1_01.pdf

Now one might ask, how do the cells end up in the vaccine itself?  During the manufacturing process, viruses are cultivated on a cell line, which could be animal, yeast, egg or human.  The virus quantity will grow in cultivation until a sufficient amount is produced for several thousand doses of the vaccine.  Next, scientists will attempt to separate the virus from the cells for vaccine production, however the virus clings to the cells it was grown on and despite a “washing process” to separate them, residual cell components, DNA and proteins will end up in the final product as shown above in the package inserts.

Without question, human DNA, cell components which are unquestionably present in both vaccines and medicines, are a serious concern among scientists and government officials responsible for vaccine safety due to the possibility of DNA insertion from the vaccine to the vaccine recipient.  This can only occur when human cell lines are used because DNA does not cross species.  Animal to human insertion does not occur.  Human to human can and does occur.

So how much DNA are we talking about? The World Health organization and the US FDA have set limits on how much “residual DNA” can be present in EACH vile of the vaccine to be administered. The current guidelines recommend that no greater than 10 ng/dose and 200 base pairs be the limits of content and size of residual DNA in the final product dose. https://pubmed.ncbi.nlm.nih.gov/23569076/

We know, just from even the BEST manufacturing practices methods, that 10ng per dose isn’t always realistic and more often than not, that standard is rarely met as shown in Dr Theresa Deisher’s well established, published studies regarding just how much of the residual DNA and protein is present in some vaccines.

Dr Deishers team at Sound Choice uncovered that fetal DNA levels ranged anywhere from 142ng – 2000ng per dose, which is well beyond the current limits recommended by both WHO and the FDA. https://soundchoice.org/wp-content/uploads/2021/01/Insertional-Mutagenesis.pdf

Make no mistake. The evidence is there.  The proven facts presented are well documented directly from the published scientists themselves, from CDC requirements, and from FDA regulations on truth in labeling  – not speculation.